On January 14th, 9-member idol group Shiritsu Ebisu Chuugaku held a live concert at Zepp Tokyo, and announced that they would be singing the ending theme song for TV Tokyo's anime "Pocket Monster Best Wishes Season 2". Coinciding the news, popular character "Pikachu" also made an appearance at their concert.

The new ending theme song is "Sakura-Go-Round", and it will start airing on the 17th, in the anime's new series "Episode N."

Member Mizuki shared her thoughts about singing for "Pokemon": "That is my favorite anime for I watch the anime every week, and also played the game when I was little. I hope that the song will be enjoyable for little kids too."

Previously, their senior group from the same agency, Momoiro Clover Z, sang the ending theme song for the anime. Mayama Rika said in regards to their seniors, "Last year's Kohaku, we were rooting for Momoclo big sisters in front of the TV, but this year, we would love to participate in it as a part of the red team with them."

Tough it snowed heavily on this day, there were a total 4,000 fans who attended the live concert (2 stages). Hoshina Mirei said with a smile, "When we hold live here, it usually rains, but it's a heavy snow today...you Ebichu family people are all very warm and kind." 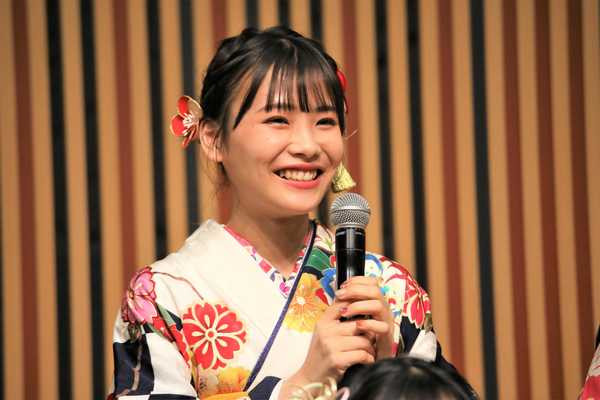