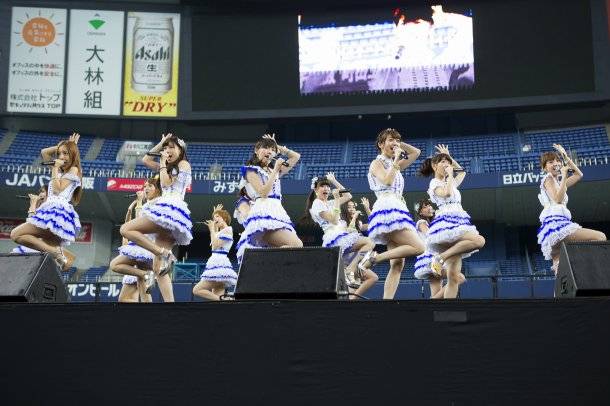 AKB48 has announced that they will be holding the 'AKB48 34th Single Senbatsu Janken Tournament' on September 18th at Nippon Budokan.

This surprise announcement was made during the group's handshake event for their 31st single, "Sayonara Crawl", at Kyocera Dome Osaka. Previous winners are Uchida Mayumi in 2010, Shinoda Mariko in 2011, and Shimazaki Haruka in 2012, and they have claimed the center position for the group's singles "Chance no Junban", "Ue Kara Mariko", and "Eien Pressure" respectively.

More details on the preliminary tournaments and the single will be announced later.