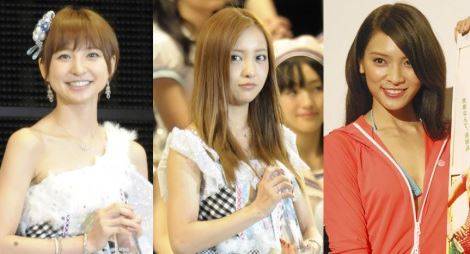 The three will hold separate graduation performances at AKB48 Theater in Akihabara. Shinoda will part ways with the group on July 22, Itano on August 27, and Akimoto on August 28.