Suzuki Kosuke and Aoi Yu announce the end of their relationship 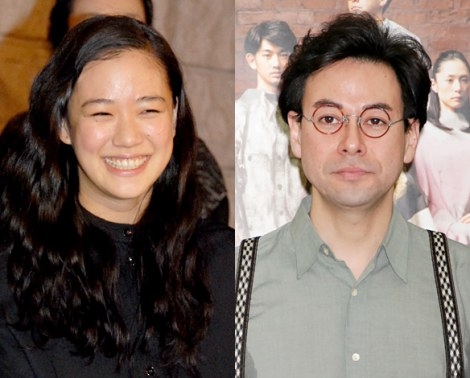 On June 14, actor Suzuki Kosuke and actress Aoi Yu who were dating since May of last year, announced on each of their official sites that they have ended their relationship.

The two started dating after co-starring with each other in the stage play "Sono Imouto" in December of 2011, and officially announced last July that they were in a relationship.

Suzuki wrote on his official site, "We have ended our relationship in early March. Though it was a short period of time less than a year, but after discussing with each other, we reached this conclusion. During the time we spent together, I learned a lot, and received great encouragement.  Now, our relationship as actor friends who live in the same industry, will be longer. From here on, I would like to keep the new relationship which we can cheer for each other as good friends."

Later that day, Aoi also made a similar announcement on her official site.

Both of them are not planning to hold a press conference regarding this matter.

wow, what a mature way to solve problem, I think. I like it better when showbiz people is honest with this kind of thing.

Sounds like they ended their relationship on a positive note, so that's good.

anyway....im pretty glad that they end their relationship...they don't look good together....maybe because the guy look too old and she looks too young...

That doesn't sound bad at all. I bet they both work it out smoothly before they make a public announcement.

there seems to be a lot of Japanese young actresses who date older men, don't you think?

that's so sad :( what a short lived relationship :(

when i first heard that they were dating, i was like"what?! isnt he too old for her?" but actually she doesnt look her age at all. she looked way younger that;s why.

but sorry to hear they had broken up.

Sorry to hear, wish them the best...but I disagree sharing that publicly when its between them and not the world

What can I say.....is good that there no bad feelings between them....wish the both of them the best of luck on their new relationship in the future

Aww, well I hope the breakup went as smoothly as they made it sound

I just hope there are no ill feelings between them, and that they will be able to move on. A new chapter of their life is ready to be written.

Seungri put a move on this chick, and it blew up in his face lol