'Akumu-chan' drama starring Kitagawa Keiko to get a movie adaptation 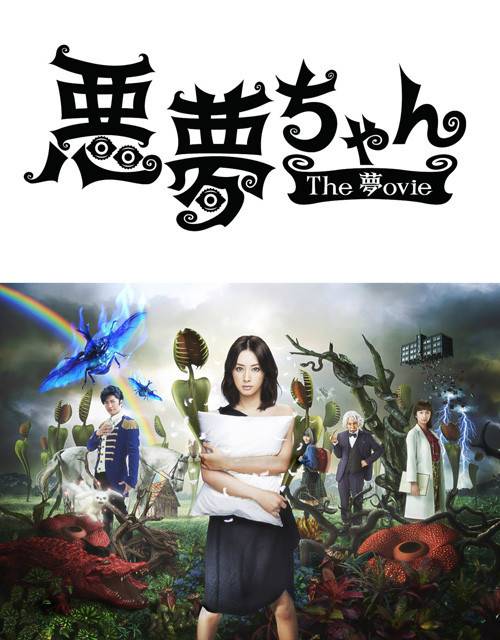 It was announced that the NTV drama "Akumu-chan" starring Kitagawa Keiko will hit the big screen as "Akumu-chan The Movie" in 2014.

"Akumu-chan" is based on Onda Riku's novel "Yume Chigai" and was turned into a TV drama by scriptwriter Omori Sumio ("Furin Kazan") in fall 2012. It follows the 5th grader "Yuiko" (Kimura Manatsu) who can see upcoming misfortunes in her nightmares and her homeroom teacher "Ayami" who can read and understand her dreams. Together they solve and prevent various incidents. The drama ended with an average rating of 11.5%. However, the drama had been especially popular among a younger audience around the age of 11 and 12. In that age group, it reached an average rating of 29% and actually peaked at 35%.

Many viewers have sent in requests for a continuation after the drama had ended and thus the producers decided to go for a movie. Of course they will continue to focus on making a movie that can be enjoyed by children and their parents. "Akumu-chan" is known for its vibrant and deep storytelling that touches topics such as friendship, courage and righteousness while also using some flashy CG effects.

In the movie, Yuiko and her classmates are now in the 6th grade and welcome a new transfer student. It doesn't take long for the class to realize that all of them have already seen him in their dreams. He also already appeared in one of Yuiko's nightmares. Soon everyone falls for his charms and does everything for him, which eventually triggers a major incident...

Various more actors from the drama are going to reprise their roles in movie in addition to Kitagawa and Kimura, including GACKT, Yuka, and Kohinata Fumiyo. Two new important characters will be played by Sato Ryuta and Honjo Manami.

Kitagawa commented extremely happy, "It's the first time that a project where I'm the leading actress is getting a sequel. From all the drama roles I've played so far, this is the one where I've gained the most experience. I've prayed for a chance to get to play this role again and it really came true!"

Filming has already begun and is scheduled to get wrapped up in August, but an exact release date for 2014 has yet to be announced.