Aragaki Yui is the new CM character for "Chicken Ramen" 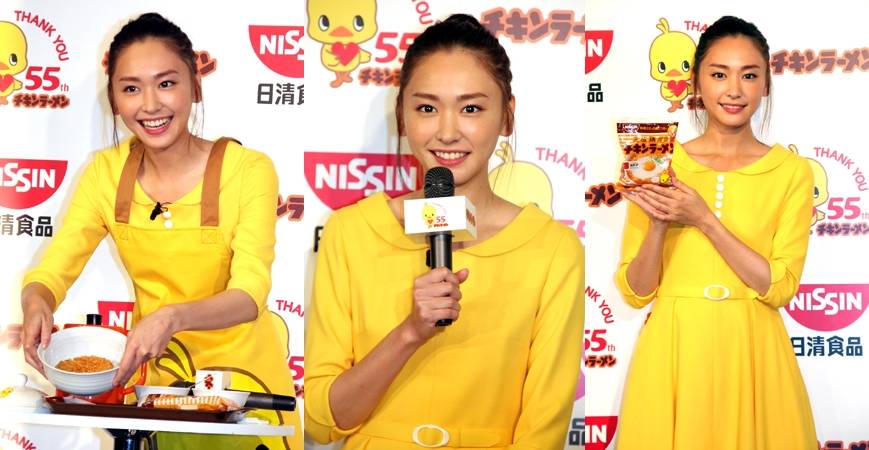 Actress Aragaki Yui was appointed as the new CM character for Nissin Foods' "Chicken Ramen" and presented the new commercials at a PR event in Tokyo.

In the CM and at the event, Aragaki sports a yellow outfit that is supposed to make her resemble the brand's cute yellow chick character. One of the two CM versions also features the actress singing a parody of the children's song "Musunde Hiraite". Her singing was praised by the host, which she gladly accepted with an embarrassed grin. 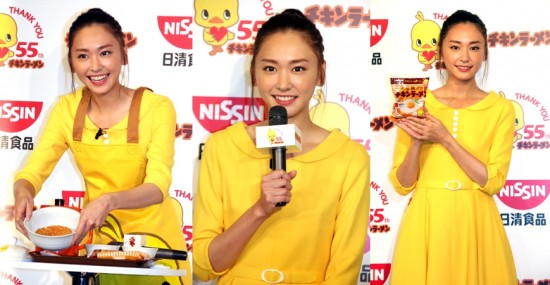 The host also asked her about her own cooking experience. She stated, "I cook for myself maybe three times a week, when I don't have to be at the set of a drama or movie. I can do miso soup without a recipe!" Aragaki also revealed that she has a nice apron at home. "It's a wonderful frilly apron with a white and black border that's perfect for a girl. I received it from a close friend last Christmas."