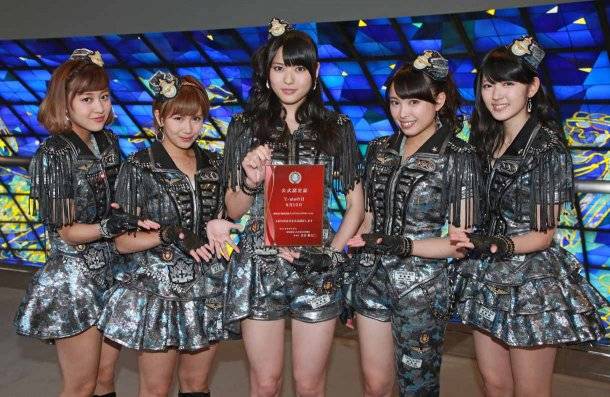 On June 29, C-ute wrapped up their 'C-ute Concert Tour 2013 Spring ~Treasure Box' at Pacifico Yokohama. During this concert, it was announced that September 10 has officially been acknowledged as 'C-ute Day'. It was also revealed that the girls have added an additional show to their first Nippon Budokan concert on September 10.

Upon hearing this news, Hagiwara Mai commented, "I think it will stand out more than Sewer Day! (September 10 is already known as Sewer Day in Japan)" Okai Chisato added, "It was almost going to become Morning Musume 9th and 10th Generation Day!"

Towards the end of the concert, Suzuki Airi announced that they will also be holding a concert on September 9, which is the eve of their Nippon Budokan concert. This was decided in a hurry during the ticket pre-reservation period for fan club members when applications exceeded their expectations. It's said that the two concerts will be completely different from each other.

Source & Image: natalie
Thanks to raitoryuuku for the tip!