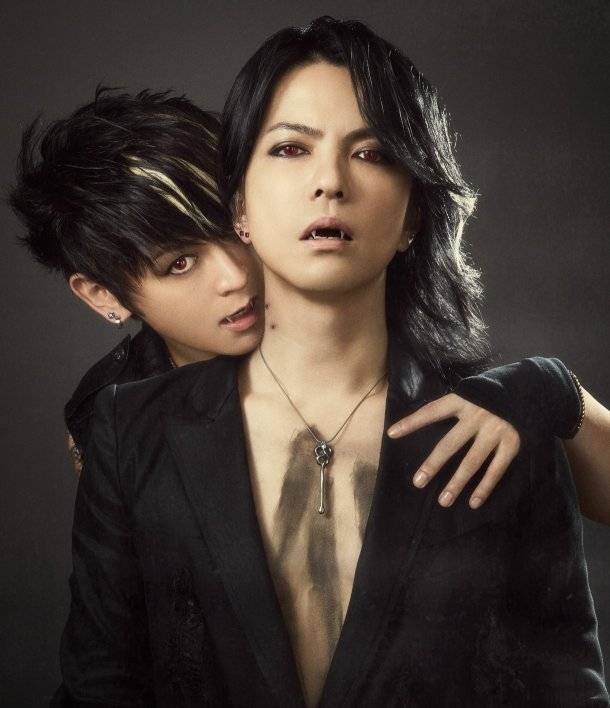 It's been revealed that VAMPS' upcoming best-of album will be titled "SEX BLOOD ROCK N' ROLL" and it will be released on September 25.

"SEX BLOOD ROCK N' ROLL" is VAMPS' first best-of album and it's also scheduled to be released overseas. It will include English versions of 13 songs that they've released since their debut.

Regarding the recording, HYDE commented, "This isn't just a collection of songs we've released so far. We've newly recorded parts of the music, re-recorded all songs with English lyrics, and even remixed it. For overseas countries, it will be the best first album, and for Japan, it will be the best album."

VAMPS have also prepared 'VAMPS CHANCE' for those who purchase the album. Using the serial number, fans can apply for lottery to win 'PRIVATE LIVE Course', 'LIVE TICKET Course', and ;PREMIUM DVD Course'.

Check out the jacket cover and track list below!