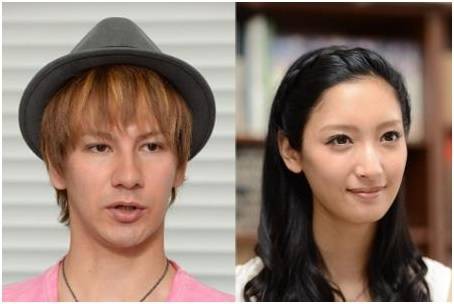 It was reported on the July 4 issue of "Josei Seven" that model Nanao (24) and talent JOY (28) are in a relationship, and the pair went on an overnight date.

According to the magazine, the pair went to a massage parlor in Tokyo in the latter half of June.  After receiving massages in the same room, the pair met up with their friends, including actor Koide Keisuke (29.)  After finishing dinner at around midnight, the pair rode a taxi and returned to JOY's house.  According to those close to the pair, the pair began dating around April.

In February of this year, Nanao ended her 3 year relationship with singer T.M.Revolution, otherwise known as Nishikawa Takanori (42.)  In April, she spoke about her break-up for the first time at an event and revealed her desires with, "Now that I have more time to hang out with friends, I am very happy.  I am determined to find [someone] with whom I can be in a good loving relationship with."

Nanao's agency commented to Sanspo with, "He is one of her good friends."  JOY's agency denied that the pair is dating with, "He said directly to us that she is one of his friends.  They were hanging together along with their other friends."