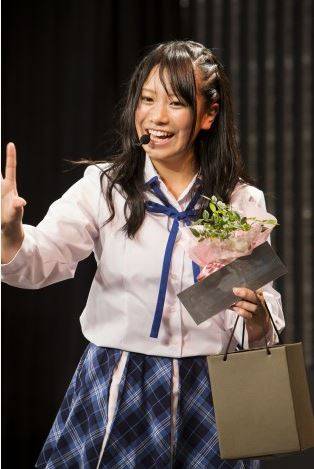 Back in February, Fukumoto announced that she would be graduating from the group in order to pursue her career as a variety talent. She will officially transfer to Yoshimoto Creative Agency on July 2. No specific details on her upcoming activities have been revealed at this time; however, she stated, "I want to do versatile activities like on-location work and perform on (Yoshimoto) shinkigeki."

Fukumoto joined NMB48 as a first generation member with Yamamoto Sayaka and Watanabe Miyuki in October of 2010. She's been a senbatsu member 6 consecutive times since the group's debut single, "Zetsumetsu Kurokami Shoujo" (released July 2011). She's known to have excellent reflexes and has completed the Osaka marathon in 4 hours 8 minutes 45 seconds last November.