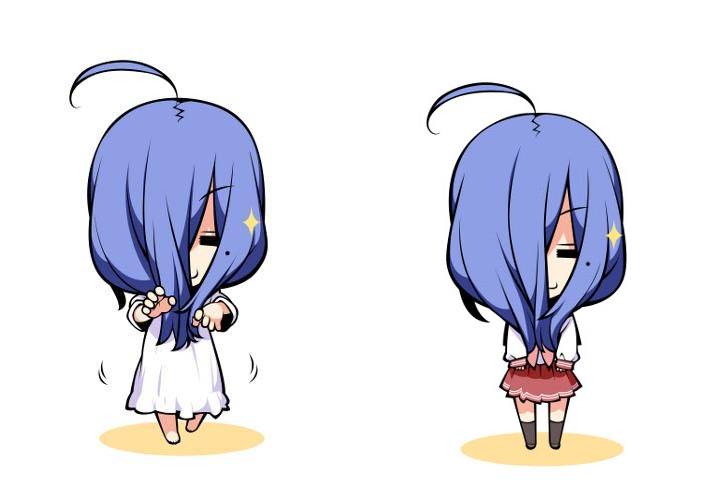 The two characters will be fused together into a new character named "Sada Konata" with related goods going on sale shortly. The manga's popular cat character "Nyamo" will be transformed into a Sadako as well, spawning a character named "Sadako Nyamo", which you will be able to get at cinemas and buy in stores soon. More details on how and when to get them have yet to be revealed on the film's official website. 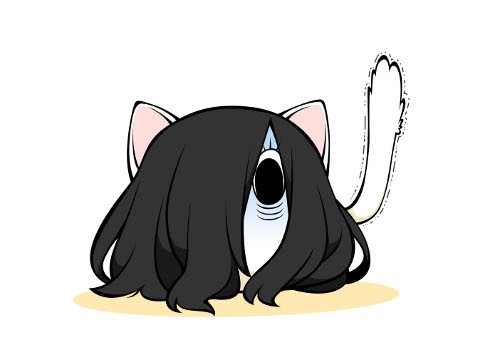 "Sada Konata" will be available in two versions. One is designed with white dress and long hair that covers most of the face. The other one will sport the same hairdo, but she wears a school uniform from the manga instead of the dress. Both versions of "Sada Konata" as well as "Sadako Nyamo" were drawn by mangaka Kagami himself.