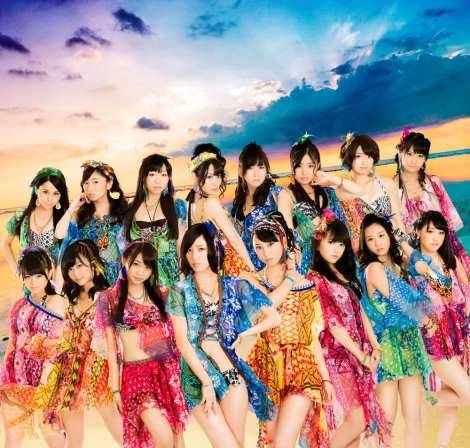 Since debuting in August 2009, SKE48 has topped the single ranking 8 times, but this is their first to top the ranking 2 weeks in a row. They have also set a record within the AKB48 family (sister groups, sub-units, solo) with this accomplishment. While 48 singles have made it to number 1, they are the first to see their single in the number 1 spot for 2 consecutive weeks.

The last artist to top the single ranking for 2 consecutive weeks was Maximum the Hormone about 2 years and 4 months ago with their single, "Utsukushiki Hitobito no Uta / maximum the hormone / my girl" (released March 2011), for the weeks of April 4th and 11th of 2011. For a female group, the last was Mini Moni about 12 and a half years ago with their single, "Mini Moni. Jankenpyon! / Haru Natsu Aki Fuyu Daisuki!" (released January 2001), for the weeks of January 29th and February 5th of 2001.

Matsui Jurina expressed, "Thank you. I am very surprised. I am very happy that SKE48 has set a record in the 48 group!" She continued, "Since we challenged ourselves to new things with this single, the members are all pleased that we were able to set a record. SKE48 will continue to grow by trying more and more new things."

Matsui Rena also commented, "I still can't believe it, but once again, I feel that we really are being supported by many people. We want to do our best so that more and more people will come to get to know SKE48."