Which celebrities had the most CM contracts in the first half of 2013? 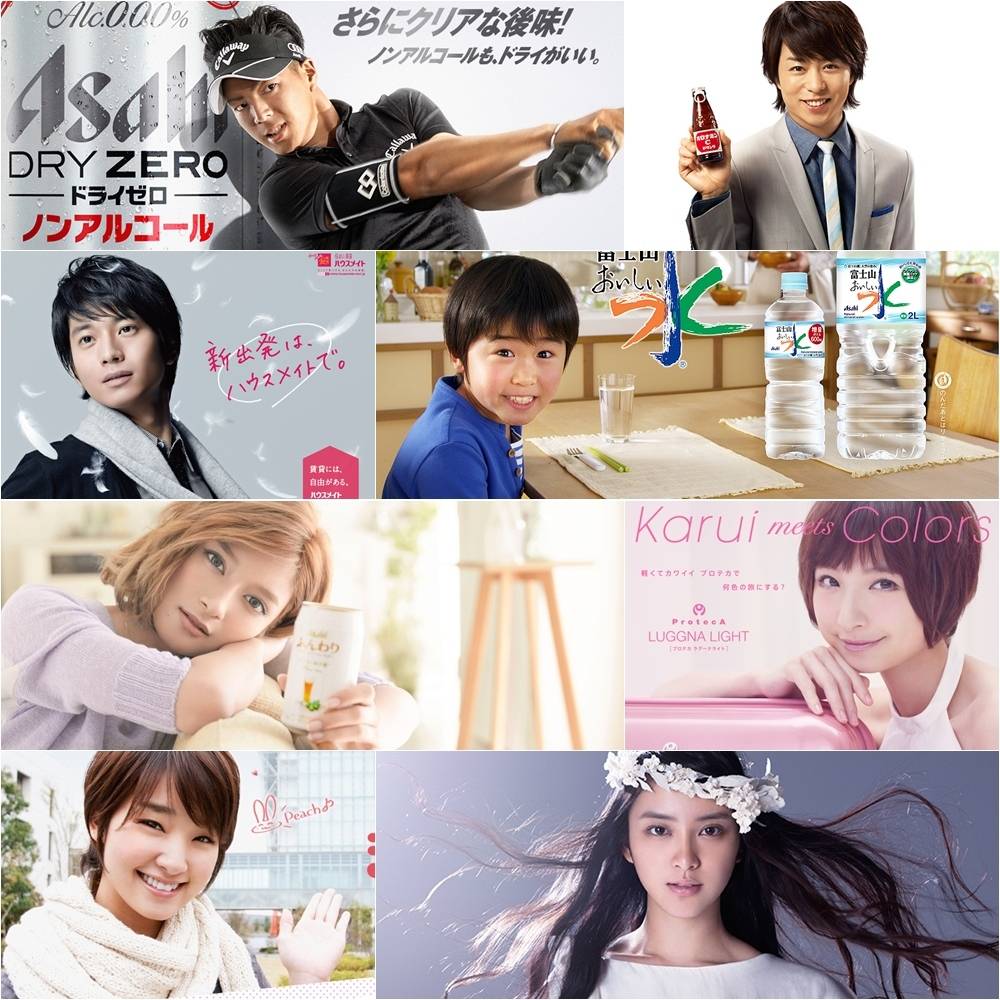 The media analysts at Nihon Monitor have released their half-yearly list that breaks down which celebrities had the most commercial contracts in the last six months of the whole year.

For the male celebrity ranking, it's absolutely no surprise to see pro golfer Ishikawa Ryo at the top again, topping the list for the fourth consecutive time. However, this time he had to share first place with Arashi's Sakurai Sho and actor Mukai Osamu. Are those two going to threaten his throne in the coming rankings? Child actor Suzuki Fuku also proves to be one of the few exceptions when it comes to the fading popularity of child actors in the commercial sector.

The female celebrity ranking experienced a remarkable change of order compared to the previous year. In the 2012 ranking, the complete top 4 was claimed by current and former members of AKB48 and their sister groups. This year the idols have lost a lot of ground to actresses and other talents again, with the young actress Takei Emi snatching the crown all by herself. Her total amount of 15 CM contracts even makes all the top male celebrities look like amateurs this time.

As for the second half of the year, it will be interesting to see how long the child actors Suzuki Fuku and Tani Kanon will be able to maintain their high popularity. Fellow child actress Ashida Mana, who had 15 contracts last year, already didn't make it into the ranking this time. Will Ishikawa Ryo catch up with Kimura Takuya and top the ranking for five consecutive times? Moreover, AKB48 will have to push new members to become their CM queens after the graduation of Shinoda Mariko and Itano Tomomi later this year.

Now check out the rankings below!