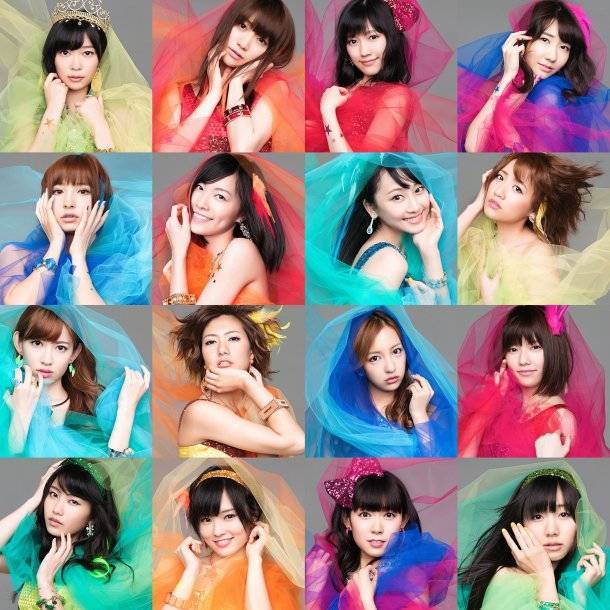 It's been announced that 16 AKB48 Kenkyuusei have been promoted to become official members of the group and will be forming a new Team 4.

This announcement was made on August 24th during 'AKB48 2013 Manatsu no Dome Tour ~Mada Mada, Yaranakyaikenai Koto ga Aru~' at Tokyo Dome. The old Team 4 dissolved after their performance back in October of 2012. With this announcement, AKB48 is back to 4 teams.

It was also announced that Minegishi Minami will be the team captain of Team 4. After hearing these announcements, Iwatate Saho expressed, "I didn't think that we would all get promoted at once. I have work even harder than before." Nishino Miki added, "I didn't think I would get promoted. The Kenkyuusei all worked hard together, so we all wished to get promoted together. I am very happy that our dream came true."