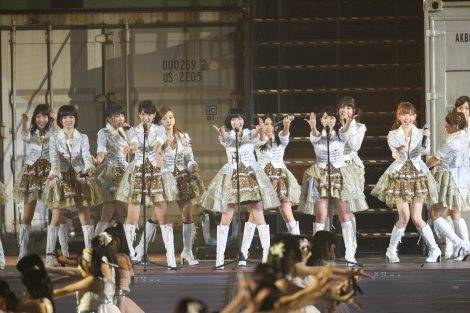 On August 8th, popular idol group AKB48 held the 2nd day of their live concert at the Kyocera Dome Osaka and made a surprise announcement about a new event called "AKB48 Group Draft Kaigi" being held on November 10th at Grand Prince Hotel New Takanawa.

The event will be held to recruit new members by the draft. Just like the drafts in sports, the captains of 10 total teams in AKB48, SKE48 (*leaders for SKE48), NMB48, and HKT48, will appoint new members among the candidates who pass the "AKB48 Group Draft Candidate Audition" (to be held one of these days), after consultations with each group's theater managers.

There is a difference in this audition when compared to the group's regular auditions, which is that the candidates have no choice for which group (and team) they will join. If there is an appointment overlap, the candidate's team will be decided by drawing lots by the captains.

The candidates, whose negotiations are settled, will be assigned to the appointed team as Kenkyuusei members.

More details on the draft will be announced later date.

What is your opinion on this?