'Kurokouchi' is described as an unprecedented detective drama with detectives who aren't heroes at all. It's based on the manga of the same name that is currently being serialized in the magazine 'Shukan Manga Goraku'. The manga is the first collaboration between manga author Richard Woo - aka Nagasaki Takashi ('MONSTER', '20th Century Boys') - who provides the story, and manga artist Kouno Kouji.

Nagase plays an unimaginably corrupt detective named Kurokouchi Keita, who makes use of the weaknesses of statesmen to extort large sums of money from them. He doesn't just obtain money in an illegal way, but also illegally acquires most of the necessary information that help him solve various unsettled atrocious crimes. He fights poison with poison.

Kurokouchi's means make him an isolated man without even a single subordinate, at least until he gets partnered up with female novice detective 'Seike Mayo' (Goriki). She is an excellent, and still very pure, assistant inspector, which is basically the complete opposite of our dark hero Kurokouchi.

The central theme of the drama is one of the few huge unsettled crimes in the history of the Metropolitan Police Department. A large sum of 300,000,000 Yen was stolen in Tokyo in 1968, but no suspect was ever found due to the lack of eyewitnesses. Many people believe that influential people and the police are involved in this case. The drama explores this theory and follows Kurokouchi as he gets closer to the truth and the money. This is where the drama bridges the gap from fiction to non-fiction. 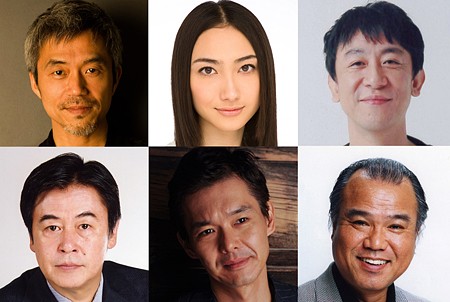 'Kurokouchi' is scheduled to air every Friday at 10:00 pm starting in October.

Twice Wows While Continuing to Perfect Their Elegant/Mature Concept in New Release "Kura Kura"
2 days ago   0   2,840