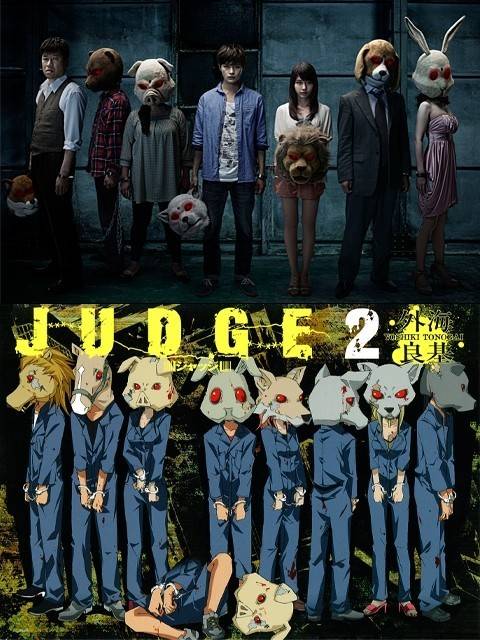 It was announced that actor Seto Koji is starring in a live-action film adaptation of popular manga "JUDGE", and the heroine is played by Arimura Kasumi. This is the first time for the two to co-star with each other.

The movie is based on Tonogai Yoshiki's manga that was serialized on Monthly Shonen Gangan from 2010 February issue to 2012 September issue. The film is directed by Kohatsu Yo, and he boldly adapted the original story as he is also in charge of its script.

It's a solid situation thriller in which 7 sinners who carry the deadly sins of "pride, envy, wrath, sloth, greed, gluttony, lust", are trapped in an enclosed space, and play a life-or-death game while wearing animal masks. They have to decide which one they think is more sinful by majority vote in order them to survive the game, and the chosen one has to take a death sanction.

The whole movie is comprised of video images from monitoring cameras, with frequent viewpoint switching. Moreover, it is said that the cast members were actually cooped up in an enclosed space during the filming in order to portray it as reality.

"JUDGE" is scheduled to open in theaters on November 8th.

Thanks to Mimmie for the tip!