SUPER?GiRLS hold a release event for their 2nd photo book 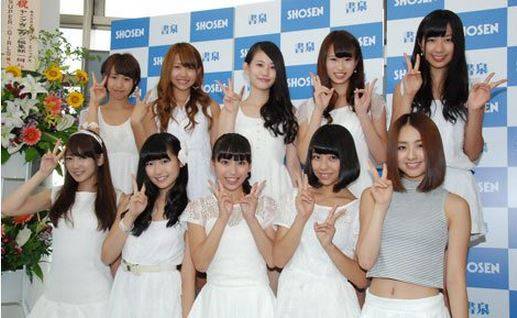 The girls shared the same stage with AKB48 during the live event 'a-nation island' on August 10th. Member Goto Aya reflected, "Their performance and the way fans cheered for them were different. They [AKB48] were warm, and it was encouraging."

SUPER?GiRLS held their first Nippon Budokan concert on June 11th and participated in many outdoors lives during this summer. Maeshima Ami commented, "Our goal right now is 'not only an idol'. We want to become an entertainment group that can model and act."

The group's 2nd photo book was shot in Guam. Tanaka Mirei gave its appeal saying, "You can see the ranked up Supaga."

Kasahara Momona to graduate from ANGERME and Hello! Project by the end of the year
15 minutes ago   0   37