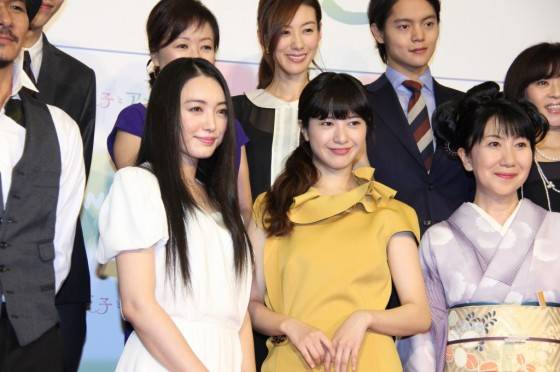 On September 18th, Yoshitaka Yuriko and other cast members of NHK's morning drama for 2014 "Hanako to Anne" made appearances at the press conference.

"Hanako to Anne" features half of Muraoka Hanako's life who is known as the translator of Lucy Maud Montgomery's "Anne of Green Gable". It tells the story of the protagonist Hanako (Yoshitaka), who was born in a poor family in Yamanashi, trying to pursue her dream to be a translator, and how she inspires others after overcoming earthquake disasters and war.

At the conference, it was revealed that Nakama Yukie will play Hanako's lifelong friend named "Hayama Renko". Nakama expressed her enthusiasm saying, "This will be my first time co-starring with Yoshitaka-san. Although there is a big difference in age between us, I would like to work as good friends with Yoshitaka-san while uniting our hearts." 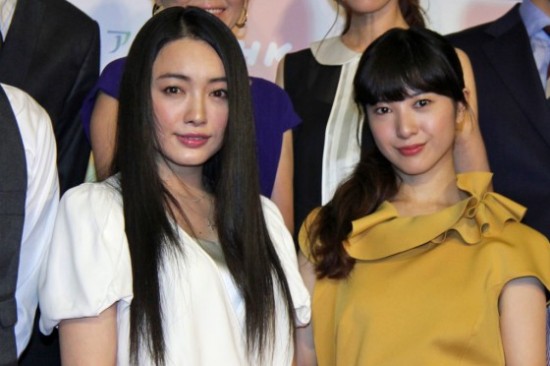 Regarding Nakama, Yoshitaka said, "Personally, I like beautiful older women. I always watch her on TV, and I never expected that she would be my best friend." She then said to Nakama, "I was happy when you smiled at me. There may be times I might be too dependent on you, but please help me."

There was also an announcement for the other cast members, which include Ihara Tsuyoshi (as Hanako's father), Muroi Shigeru (as Hanako's mother), Ishibashi Renji (as Hanako's grandfather), Kaku Kento (as Hanako's older brother), Kuroki Hana and Tsuchiya Tao (as Hanako's younger sisters), Kubota Masataka (as Hanako's childhood friend), Matsumoto Akiko (as Kubota's mother), Cunning Takeyama (as a landlord), Asada Miyoko (as the matron of Hanako's dormitory in Tokyo), Tomosaka Rie (as Hanako's English teacher), and Suzuki Ryohei (as Hanako's husband). 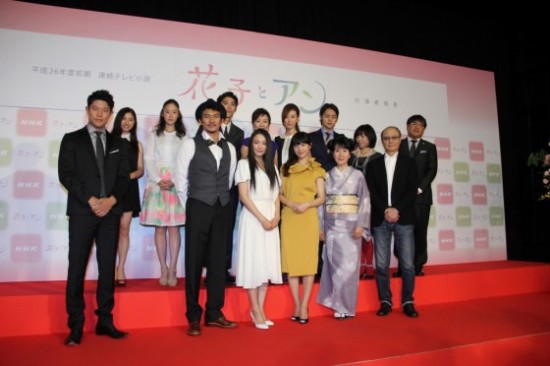 Twice Wows While Continuing to Perfect Their Elegant/Mature Concept in New Release "Kura Kura"
1 day ago   0   2,645