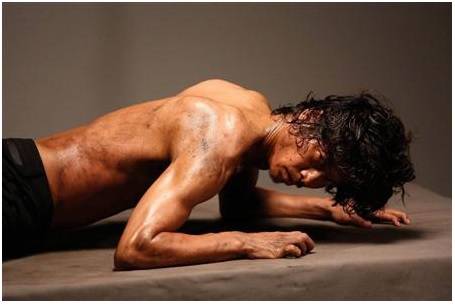 The poster is based on one scene in the drama.  With this toned body and his facial expression, he captures the despair of his character Miyama Yuichi, the stock broker protagonist of the drama, who loses everything and comes to suspect information leaks.

AKIRA did PR with, "In order to feel the life force of a man who loses everything and tries to pick himself back up, I took on the challenge with my body during filming!"  The poster will be displayed around the Shibuya area in Tokyo starting on October 12.