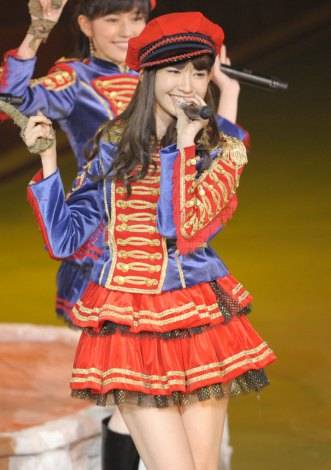 AKB48 performed their upcoming 33rd single titled "Heart Ereki" which is set for release on October 30th, at the opening for their Janken Tournament event (held at the Nippon Budokan on the 18th), and it was revealed that Kojima Haruna took the center position for the single. 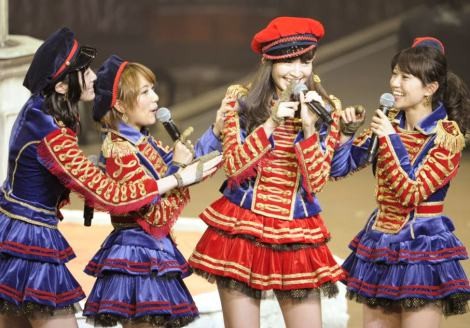 This is the first time for Kojima who is one of the first generation members, to be the center, and when it was announced, a stir and great shout of joy arose from the 12,000 of audience.

Kojima told the audience, "I don't even know how this happened...but I will do my best!" 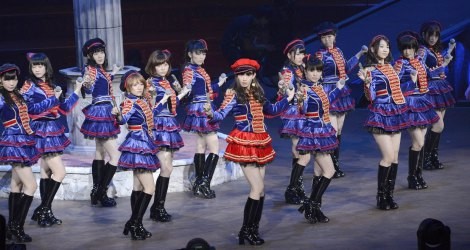 The concept of this "Heart Ereki" is a band, and each of 16 Senbatsu members have a nickname.

The single will have 9 different versions; 4 regular editions, 4 limited editions, and a theater edition.

Below is the list of 16 Senbatsu members along with their nickname for the single.