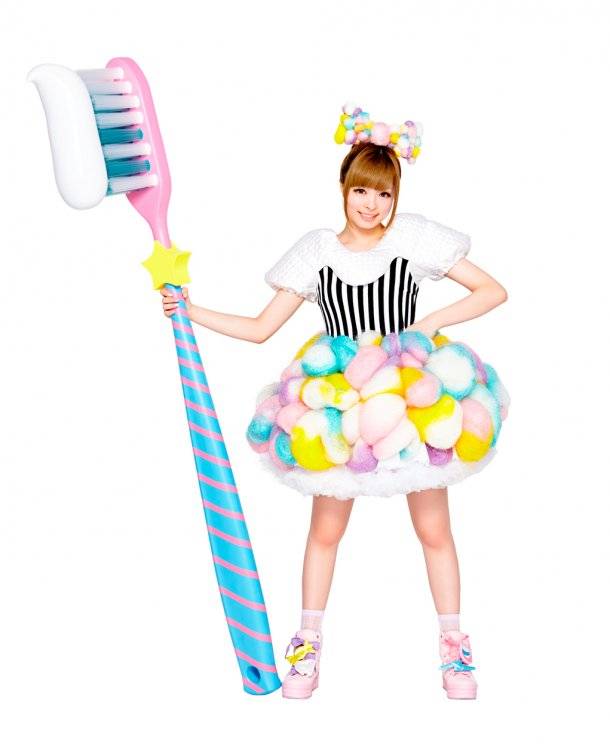 Kyary Pamyu Pamyu has been chosen as the 'Ora2 HAMiGAKi Ambassador' for Sunstar's toothpaste brand for women 'Ora2'.

As the ambassador, Kyary will be appearing in various advertisements, such as CMs, billboards, and large displays in Japan, Taiwan, Thailand, and Singapore. This will be Kyary's first time appearing on advertisements outside of Japan.

A person in charge of Sunstar commented, "Kyary Pamyu Pamyu-san leads the KAWAii culture that Japan takes pride in. She has succeeded her world tour, appeared at festivals in Thailand and Taiwan, and has tremendous support from young women around the world who admire KAWAii culture. Because brushing your teeth is an everyday routine, Ora2 wanted to create a new value of 'fun' and 'cute' in order to spread the new culture of brushing your teeth to young women in Japan and throughout Asia. We felt that Kyary Pamyu Pamyu-san was perfect to become the ambassador."

The CMs are scheduled to air starting October 10.