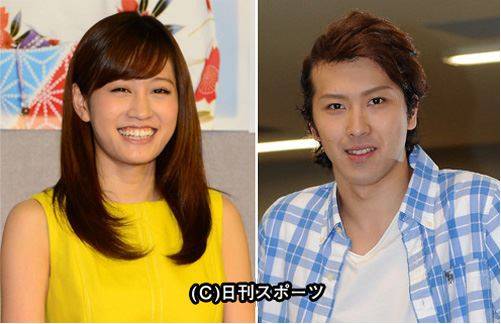 On September 24, it was revealed that former AKB48 member Maeda Atsuko (22) and kabuki actor Onoe Matsuya (28) are in a relationship.

According to those who know the two, "they officially started dating since the start of this year." As they share interest in watching movies and plays, they immediately clicked upon meeting. Matsuya has already introduced Maeda to his mother, and Maeda has also informed her mother about their relationship.

Matsuya is said to be a big fan of AKB48. He appeared on the variety program 'Gachigase' in June of last year with Nakamura Shido and Nakamura Shichinosuke. When Shichinosuke first revealed that he's a fan of AKB48, Onoe said, "I'm the one suggested that AKB48 was wonderful." He even confessed that he has visited AKB48 Theater to watch their performances.