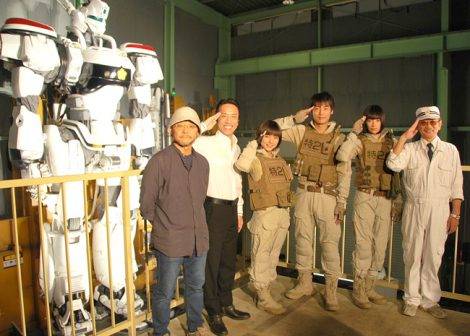 On September 25, a press conference for the live-action project of Oshii Mamoru's big hit anime series, "Mobile Police Patlabor" and "THE NEXT GENERATION -PATLABOR-", was held in Chiba, and the main cast members were revealed.

The anime series depict the efforts of the members of Tokyo Metropolitan Police Special Vehicle Section 2, Division 2, known as "Patlabors," that crack down on criminal robots called "Labors."

The live-action project will be a completely new work as it will be set in Tokyo in 2013 when the "Labors" became a burden due to the time and money cost during the recession. The Tokyo Metropolitan Police Special Vehicle Section 2, Division 1 has already been dismissed, and Division 2 barely exists. It will feature the third generation of Patlabors. 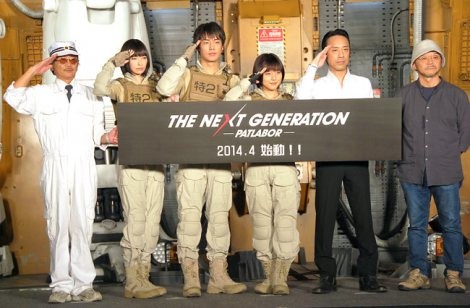 Oshii, who will serve as the chief director, emphasized that this project is not a remake of the anime series. He commented, "I realized that I had to make something completely different while inheriting the world view of the anime. It is impossible to copy [the anime], so it would have a higher chance to be successful if we make the live-action version with a different theme."

At the press conference, the life-sized (8 meters tall) "Labor" robots that cost several tens of millions of yen for two, were introduced. Director Oshii said, "I always wanted to see how the actual Labor would look. Since it costs too much money, I had no chance to make it in the past." He also revealed that the key to making the live-action adaptation was "how we could get closer to the anime series, and how to face the fans who have stuck with the series for 25 years."

"The solution to it was to create the third generation. We needed a new world view. Since the activities of the first generation Patlabors were depicted completely in the anime, we made the new 'Section 2.' I thought if I missed this opportunity, I would never be able to make a live-action version," said Oshii. 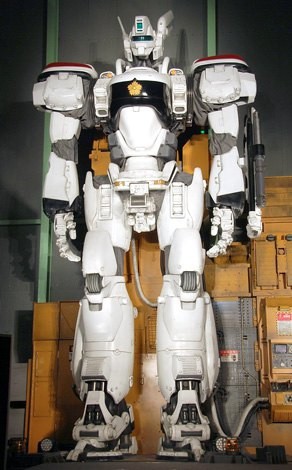 "THE NEXT GENERATION -PATLABOR-" project will start with a 7-chapter series which will be comprised of 12 episodes (48 minutes long each) and episode 0 (10 minutes long), and they will be released in order starting next April. Then a feature-length film (approximately 100 minutes) will open in theaters in the year 2015. Filming has already begun in June and will finish at the end of December.