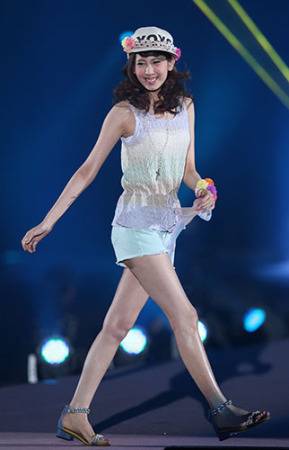 On October 25, former ?-ute member and model Umeda Erika announced on her official blog that she will resume her music activities.

Umeda graduated from ?-ute in 2009, in order to pursue her dream to become a fashion model.
However, while she was active as a model, she expressed her desire to perform again. She wrote, "Every time I walked the runway, my feeling of 'I want to do music again. I want to sing and dance in front of you fans again' got stronger little by little. It's not that I achieved respectable results as a model, nor I gave up on it, so, I felt like I should not be saying that I want to do music again, and I was spending days without telling the people around me about it."

According to her blog, she decided to resume her music activities when her friend told her, "I want to see you singing and dancing again."

Umeda, who cut her hair 25 cm shorter with her turning over a new leaf, also announced that she will be holding a one-man live at Hatsudai DOORS on December 22nd.