Hirano Aya holds a fan club event on her birthday 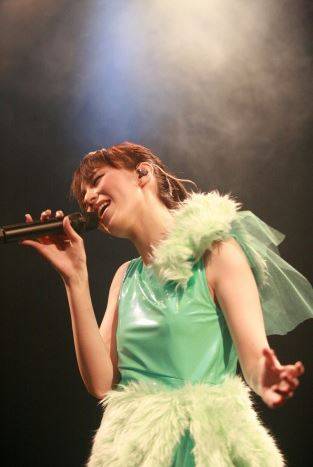 On October 8th, voice actress/singer Hirano Aya held a live concert to celebrate her 26th birthday and the launch of her official fan club.

Hirano invited 500 fan club members to celebrate this special day. She sang a total of 10 songs including "MonStAR" and "Mirai Voyager". At the end of the live, she excited the fans by performing her new song "Promise" (released October 9th) for the first time.

TRICERATOPS to resume their band activities
8 hours ago   0   112

TRICERATOPS to resume their band activities
8 hours ago   0   112

Sword Art Online wraps up the epic Alicization arc in the season finale to air this Saturday
11 days ago   6   1,776