"Nettai Danshi 2" is set 25 years prior to the first musical on Ikemen Island, 1.200 km south of Tokyo. The story is about the construction of an airport on the island, which leads to a big conflict between those who oppose and those who support the idea. It's also a story about friendship, love, and ikemen. Two of those ikemen are played by Inoue Masahiro and Aoki Tsunenori, who both gained popularity with the highly succesful "The Prince of Tennis" musical.

All three of them attended a press conference just ahead of the first performance. Mitsui commented about her two male co-actors, "I couldn't feel any happier. They are really kind to me and true ikemen from within." She continued with a smile, "I'd be lying if I said I'm not excited to be surrounded by two half-naked ikemen during the play. In fact, I have to be careful not to lose my focus during the performance."

The musical is scheduled to be performed at Space Zero until the 20th. 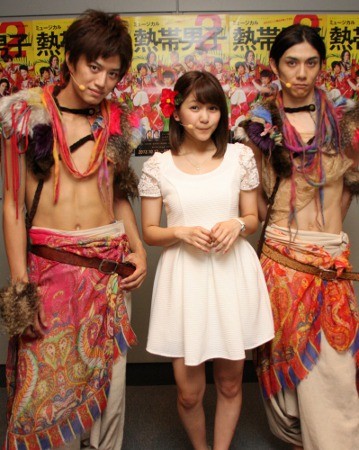 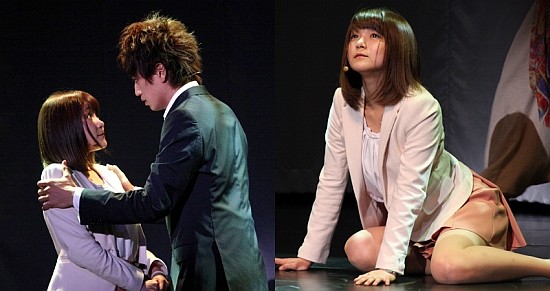 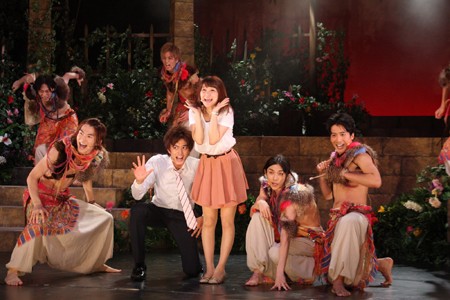 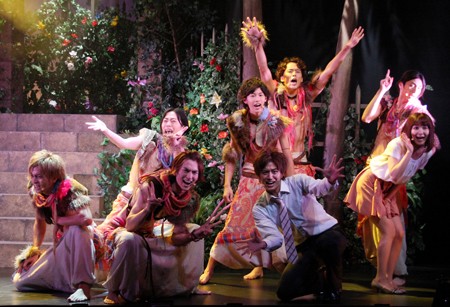 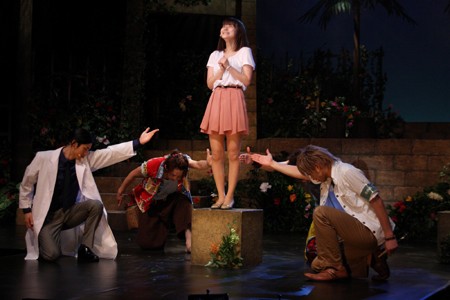 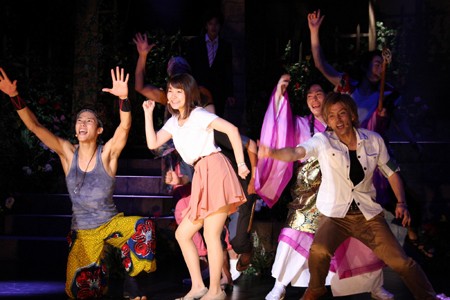