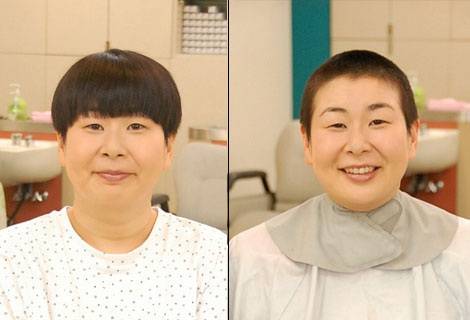 On October 20, it was announced that female comedy trio Morisanchu's Oshima Miyuki will star in "FukuFuku-so no Fuku-chan" which marks her first starring movie.
As Oshima will be playing a middle-aged man with a shaved head, she held a public head-shaving ceremony to prepare for the role.

"FukuFuku-so no Fuku-chan" is an original story by the director. It tells a story of "Fuku-chan" (Oshima) who lives in a shabby apartment called "FukuFuku-so". Fuku-chan is an obliging person, but he is inexperienced and unsophisticated when it comes to women. One day, his first love in his junior high school days, "Chiho", appears in front of him.

Chiho is the reason why Fuku-chan can't deal with women well because she fiercely bullied him, but Fuku-chan once again starts having feelings for her again. 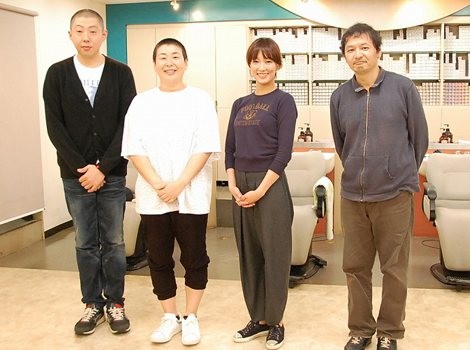 Both Mizukawa and Arakawa were also present for Oshima's head-shaving ceremony, and they even helped in the process. 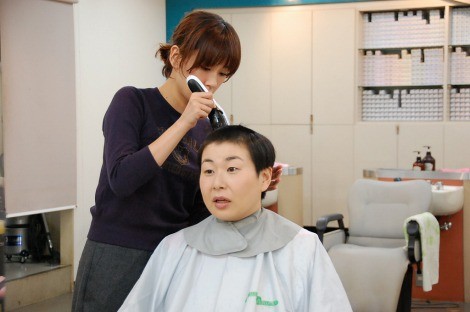 When Oshima finished shaving her head, she said, "I was worried that my feminine side would come out and I would start crying (after shaving head), but this is actually fun."

Mizukawa complimented Oshima saying "You look great.", and Arakawa told Oshima, "I feel like asking you to go to a public bath with me."

Oshima also commented, "Since this is my first starring movie, and everything is just new to me, I don't even know how to get nervous about this which is perfect for me. Both my husband and my fellow Morisanchu members are looking forward for this, so I would like to aim to become the first woman to win an actor's award."

"FukuFuku-so no Fuku-chan" is set for release sometime in 2014, and the filming will begin on the 23rd.