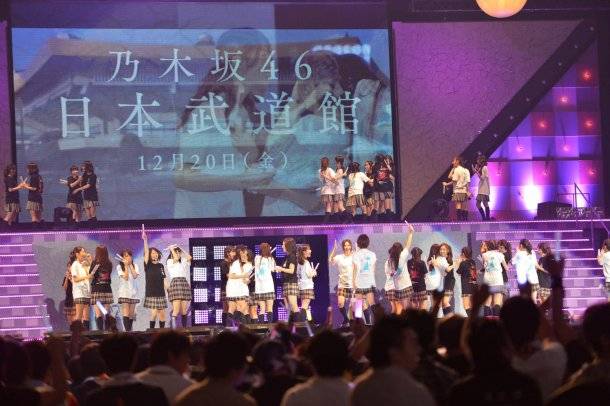 Nogizaka46 has announced that they will be holding an independent live at Nippon Budokan on December 20th.

This announcement was made on October 6th during the noon performance of their concert at Yoyogi National Gymnasium. The members were all surprised by this sudden announcement, and out of joy, Ikoma Rina and Wakatsuki Yumi ran to the center of the stage to express their gratitude to the fans.