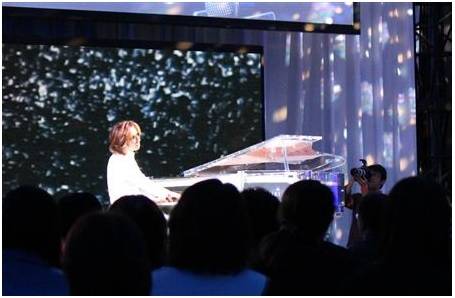 On October 30, rock band X JAPAN's leader YOSHIKI appeared as a guest performer at the "Salesforce.com" event in Tokyo.

After performing "Forever Love," he had a talk with Salesforce CEO Marc Benioff.  During their talk, it was revealed that the two had visited Kyoto on the 29th and YOSHIKI stated, "I made tea for him."

YOSHIKI, who plans on spreading Japanese culture throughout the globe starting with activities in Los Angeles, stated to the audience, "Tokyo is hosting the 2020 Olympics, which provides a good opportunity for spreading culture and cultivating business.  I definitely recommend traveling overseas more."