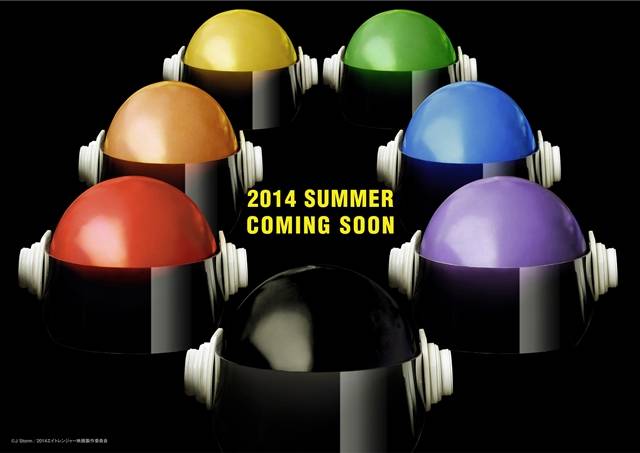 Movie 'Eight Ranger' starring popular idol group Kanjani8 will be getting a sequel with a tentative title "Eight Ranger 2."

The announcement was made on the first day of the group's 5 major dome tour "Kanjani8 LIVE TOUR JUKE BOX" held at the Tokyo Dome on November 8. Just as the original movie, the sequel will also be directed by Tsutsumi Yukihiko.

Regarding the sequel, Yokoyama said, "I'm just happy, since the requests for the sequel have reached us. Though the details are unknown as the script has not been finished yet, I heard that it will have a lot of comedic elements."

The filming will begin in February 2014, and the release date will be sometime next summer.

In addition to the announcement for the 'Eight Ranger' sequel, it was also announced that Kanjani8 will be releasing 3 singles for 3 consecutive months that include "Kokoro Sora Moyou" on December 4, an untitled single on January 15, and "King of Otoko!" on February 19.?