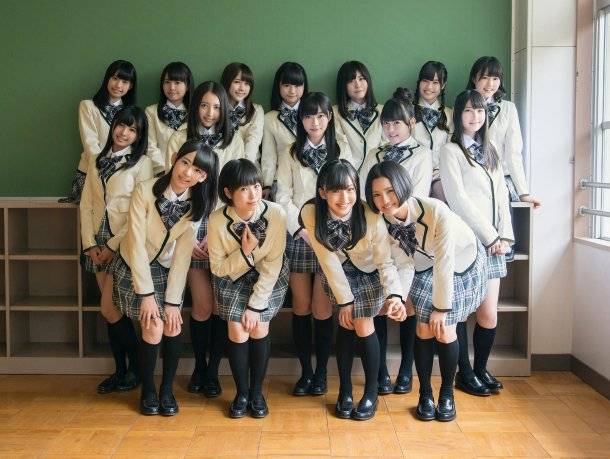 HKT48 has been chosen as the '5th Aomori Ringo Queen'.

Every year, the Aomori Prefecture Apple Measure Council chooses an elegant and healthy female celebrity as the 'Aomori Ringo Queen' to make the "Aomori apple" more appealing. This year, HKT48 was chosen because "while handling a busy schedule everyday, they maintain a healthy and beautiful style. The girls, who give energy to Japan, fit the image of the healthy fruit, Aomori apple."

Hereafter, six members, Ota Aika, Kodama Haruka, Sashihara Rino, Miyawaki Sakura, Tashima Meru, and Tomonaga Mio, will represent HKT48 and serve as the 'Aomori Ringo Queen'. They will participate in the upcoming 'Aomori Ringo Fan Kanshasai', which will be held on January 16, 2014, and they'll also appear on promotional posters for "Aomori apple".