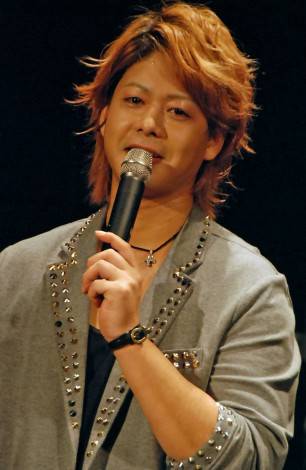 It was announced that Igarashi Shunji, a member of young actors' group D-BOYS, and also a member of 5-member unit D?DATE, will be leaving the entertainment industry at the end of this month.

The announcement was made by Igarashi himself at D?DATE' live concert held at Zepp DiverCity on October 4th.

Igarashi joined D-BOYS after winning the second prize in "The 1st D-BOYS Audition" back in 2004, and he made his acting debut next year in 2005. He was active as an actor, but he also made CD debut in December of 2010 as a member of D?DATE, together with his fellow D-BOYS members.

On D-BOYS' official site, Igarashi made a comment, "I started having interest in things other than entertainment, and my feelings that I wanted to work at it from scratch, got stronger day by day. I thought hard about it many many times. I also talked to the agency, and thankfully, they respected my opinion, and therefore, I have decided to leave the entertainment industry. I will live my life with no regrets for sure. Everyone who supported me until now, and who I have worked with, thank you all very much."

It is expected for Igarashi to report it directly to the fans at D?DATE' tour final which will be held on the 17th at the Tokyo Dome City Hall.