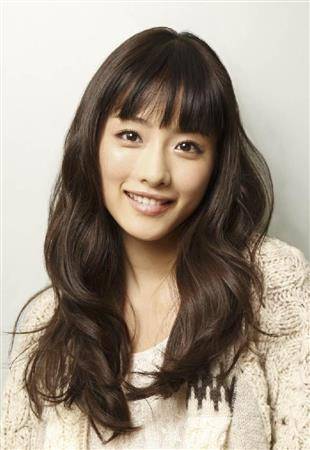 It was revealed that actress Ishihara Satomi has been chosen to be the heroine for "Shitsuren Chocolatier", Fuji TV's next "Getsu 9" drama starring Arashi member Matsumoto Jun.

As previously reported, it is a live-action drama adaptation of Mizushiro Setona's popular manga of the same name.

The protagonist "Koyurugi Sota" (Matsumoto) is a student at a confectionary school. He has been in love with a girl one year older than him, named "Saeko", who Sota fell in love at first sight with when he was in high school.

Right before Christmas, Sota and Saeko begin dating. Since Saeko loves chocolates, Sota made chocolate for her and gave it to her on the day before Valentine's day. However, Saeko refused to take it and told him that she was never his girlfriend in the first place. Even so, Sota still can't give up on Saeko. In order to gain her attention, he decided to improve his chocolate-making skills and go over to France to become a first-class chocolatier....

Ishihara will be playing as "Takahashi Saeko" who Sota falls in love with.

It will be the first time in a year for Matsumoto and Ishihara to co-star with each other, since the two last appeared together in special drama "Lucky Seven" that aired back in January.

Along with Ishihara, the some of other cast members were also revealed that include Mizukawa Asami (as a beautiful older woman who opens a chocolate store with Sota), Mizobata Junpei (as Sota becomes best friend with in France. He is half Japanese and half French.), Mizuhara Kiko (as Sota's "friend with benefits".), and Arimura Kasumi (as Sota's younger sister.)

"Shitsuren Chocolatier" will air starting in January on Fuji TV (every Monday at 9:00 pm).