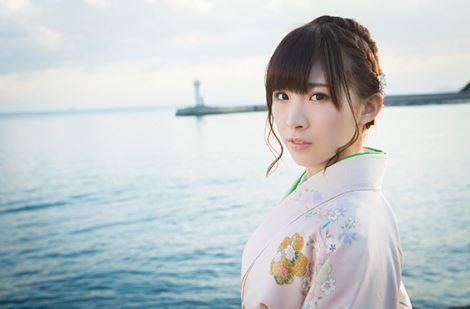 The title of this single has been revealed to be "Tomonoura Bojou". Producer Akimoto Yasushi wrote this song with the theme "harbor" as he wanted to "bring out the color of enka even more than before."

This song is set in Tomonoura in Fukuyama City of Hiroshima, which was also the model set for Studio Ghibli's animated film 'Ponyo' (2008) and the location for the Hollywood film 'WOLVERINE: SAMURAI' (2013).

The jacket covers also feature Tomonoura in the background. Iwasa is featured on the covers with "Tourodou", which is known as the symbol of Tomonoura.

The limited edition of the single will come with a DVD containing the music video and making footage for "Tomonoura Bojou" as well as the enka version of AKB48's "Koi Suru Fortune Cookie".

Zenbu Kimi no Sei da. to go on hiatus after their concert at Nippon Budokan
4 hours ago   0   107