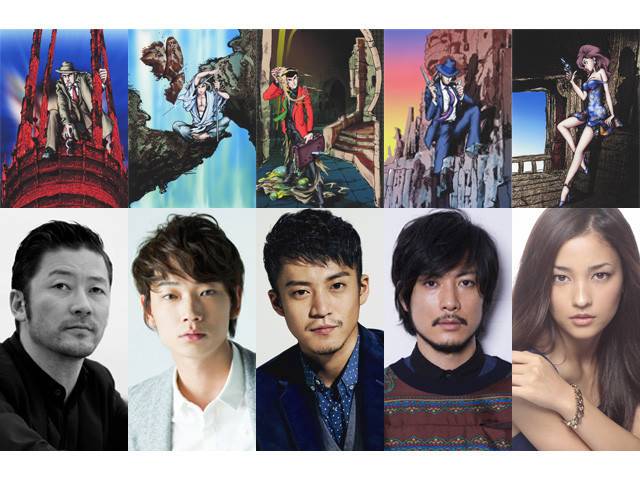 It has been revealed that Monkey Punch's manga "Lupin III" will be getting a live-action film adaptation, and it is scheduled for release next summer.

The film adaptation will be directed by Kitamura Ryuhei who is known as the director of "Azumi".

Manga "Lupin III" started being serialized on 'Weekly Manga Action' in 1967, and its first TV anime adaptation began airing in 1971. It was also adapted into a live-action film back in 1974. Even after 45 years since its creation, it remains very popular among many generations.

It is said that it took over 4 years to actually start filming since this project first began, especially since they spent 2.5 years on the script. The author of the manga, Monkey Punch, participated during the progress of the script writing, and provided various ideas.

"Lupin III" revolves around a master thief, Lupin III, who is the grandson of the phantom thief, Arsčne Lupin. Together with his fellows, he steals the World's notable treasures. The film adaptation will follow an original story which depicts Lupin III's first work.

Oguri Shun will be playing the protagonist "Lupin III", and reportedly, Oguri took on training for the action scenes for 10 months, and lost 8 kg to prepare for the role.

The other cast members to play a part of Lupin's gang are Tamayama Tetsuji (as "Jigen Daisuke"), Ayano Go (as "Ishikawa Goemon"), and Kuroki Meisa (as "Mine Fujiko").

As Lupin's old enemy, Asano Tadanobu (as "Zenigata Koichi", better known as "Inspector Zenigata") will also be making an appearance.

It was also revealed that starts from several countries will be appearing in the film including Jerry Yan from Taiwan, Thanayong Wongtrakul, Nirut Sirijanya, and Yaya Ying from Thailand, Nick Tate from Australia, and Kim Joon from South Korea.

Currently, the cast members are in the middle of a large-scale filming in Thailand. By the end of this year, the filming will also be held in Japan, Hong Kong, Singapore, and Philippines.

Live-action film adaptation of "Lupin III" is scheduled to open in theaters in the summer of 2014.