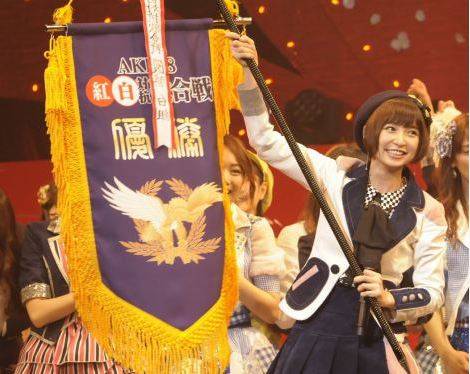 It's been announced that AKB48 will be holding their '3rd AKB48 Kohaku Taikou Uta Gassen' on December 17 at TOKYO DOME CITY HALL.

This year will be AKB48's 6th, SKE48's 2nd, and NMB48's 1st appearances on '64th NHK Kohaku Uta Gassen'. Prior to this, the girls will battle against each other in their very own 'Kohaku'.

The team captains and members for this year's event will be revealed at a later date.