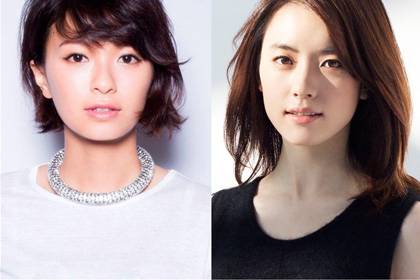 Arashi member Aiba Masaki will star in a movie "MIRACLE Debikuro-kun no Koi to Mahou" that is set for release sometime in fall 2014. This will mark Aiba's first leading role.

This is a live-action film adaptation of Nakamura Ko's novel "Debikuro-kun no Koi to Mahou", which uses Yamashita Tatsuro's masterpiece "Christmas Eve" as its motif.

The protagonist is a bookstore worker "Hikaru" (Aiba) who has a dream to be a Mangaka. Hikaru is a chicken but has a kind heart. At night, he passes out leaflets titled "Debikuro Tsushin."
Eikura Nana makes an appearance as Hikaru's childhood friend "Anna" who watches over Hikaru, and Korean actress Han Hyo-joo plays a world famous lighting designer named "So-yeon" who Hikaru accidentally encounters. Also, Ikuta Toma plays the role of a very popular Mangaka "Kitayama", who is a college classmate of Hikaru. The four will be involved in a love story.

The movie is directed by Inudo Isshin, who Aiba has previously worked with in the 2007 movie "Kiiroi Namida".

Aiba commented, "It is a love story with a fantasy element that is perfect for Christmas. Since my birthday is on Christmas Eve, I feel like being able to be a part of this movie is fate!"

"MIRACLE Debikuro-kun no Koi to Mahou" will be released in fall of 2014.