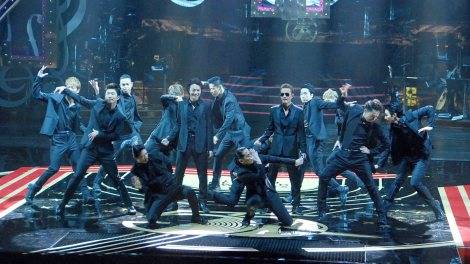 On December 30, the final selection for the annual music awards, "the 55th Japan Record Awards" was held at the New National Theatre, Tokyo, and EXILE's "EXILE PRIDE ~Konna Sekai wo Aisurutame~" won the grand prize "the Japan Record Award". As EXILE has won the award 3 consecutive times from 2008 ~ 2010, this marked their 4th time winning the award, the most in the awards' history.

On the stage, EXILE's leader HIRO who will retire as a performer in the end of this year, made a joyful comment, "Thank you! I'm impressed to be able to receive this best award on the best stage with the best members, while getting the support from the best fans. We will make sure to do our best in return for the fans' support with a united effort, so please continue to support us." 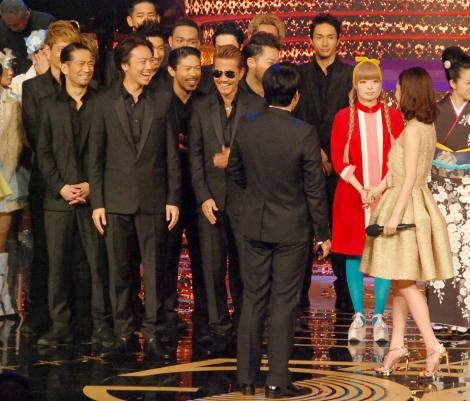 When Ueto Aya who served as the host, and the wife of HIRO, asked ATSUSHI who he would want to tell about this first, ATSUSHI answered with a smile, "Of course, to my parents. Also, I'm really glad to be able to grace HIRO-san." which brought a smile on Ueto as well. 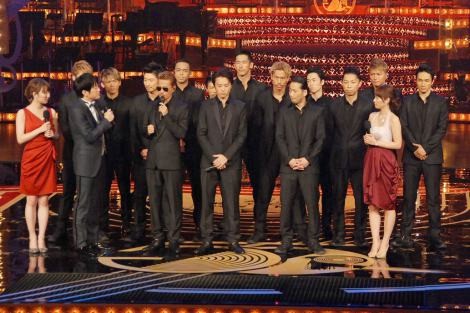 "EXILE PRIDE ~Konna Sekai wo Aisurutame~" is EXILE's 41st single released in April. The total sales for the single reached a million copies after 7 months from its release, and it became the group's first million-selling single since their debut in 2001.