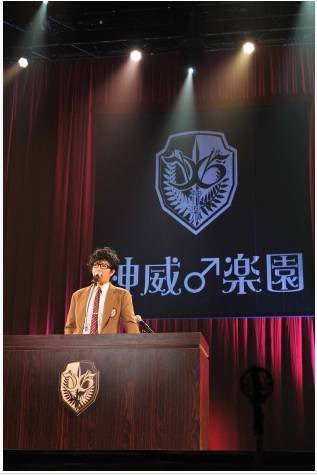 The tour began in 2009 as an exclusive fan club event.  With the concept of the school festival in place, GACKT wore a school uniform and black-rimmed glasses and stood as the head of the student council.  Due to the dress code, all the people attending the event, including the staff members, had to wear school uniforms to the event.

The show began with the echo of the school bell and the first part of the concert was singing the "Camui ? Gakuen" school anthem in unison.  GACKT entered on a red carpet from the back and was greeted with cheers of "President!" as he walked.

After a short skit by the band members and dancers, Part 2 started with the live of the light music club members, with GACKT serving as the main vocalist.  He heated up the venue with covers of songs by popular artists including T.M.Revoluion's "WHITE BRETH" and a B'z medley.

Additionally, when he did a Hikaru GENJI cover, he put on roller skates, which he trained intensely for, and rolled around the stage.
During the X JAPAN cover, GACKT came out in YOSHIKI's cosplay and drummed intensely, which filled the venue with excitement. Reportedly, there was a surprise guest during this segment.

The final school festival event stop of the tour will be at the Xebio Arena Sendai in Miyagi prefecture on December 22. 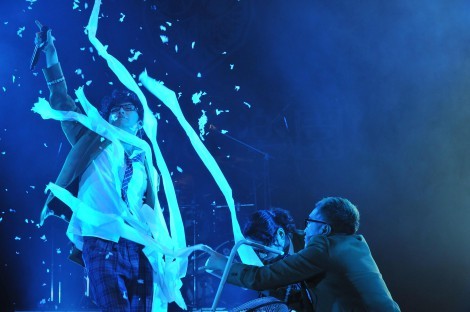 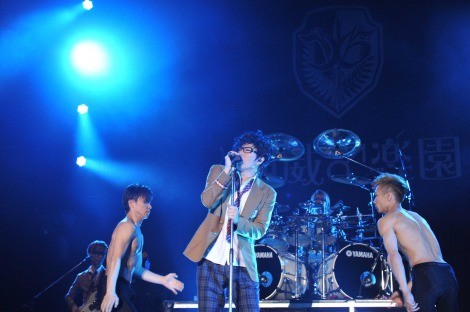 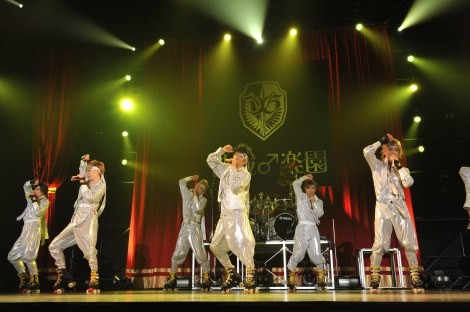 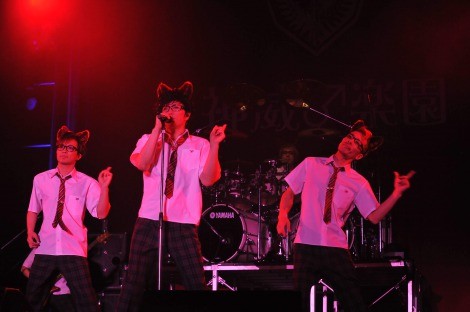