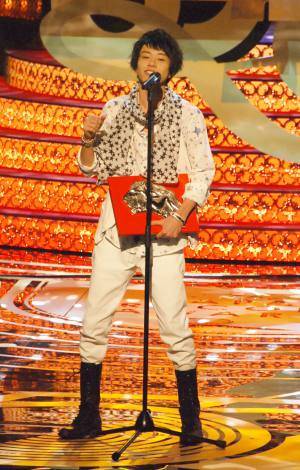 On December 30, the annual music awards show "The 55th Kagayaku! Japan Record Awards" was held, and for the winner of the "Best New Artist" award, a high schooler Shinzato Kota, who made his major debut with "HANDS UP!", has been chosen.
As the winner of the same award for last year was Ieiri Leo, who was also a high school student at that time, it happens to be the 2nd consecutive year for a high schooler to win this award.

When he received the shield, Shinzato greeted, "Thank you! Ever since my debut, to receive the Best New Artist award was the goal I made with our staff members and the fans, so I realized once again, this is the award I won not by myself, but with everyone! I will continue to do my best next year!" 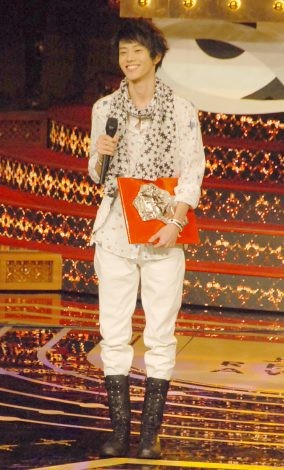 "HANDS UP!" is being used as the 16th theme song for TV anime "One Piece". It received a good reputation among the fans when it first aired on April 14th.

Shinzato was one of the finalists of "The 24th JUNON Super Boy Contest" held in 2011, and grabbed attention with his singing skill when he performed "Olivia wo Kikinagara" at the contest, which led to his debut under a major label.