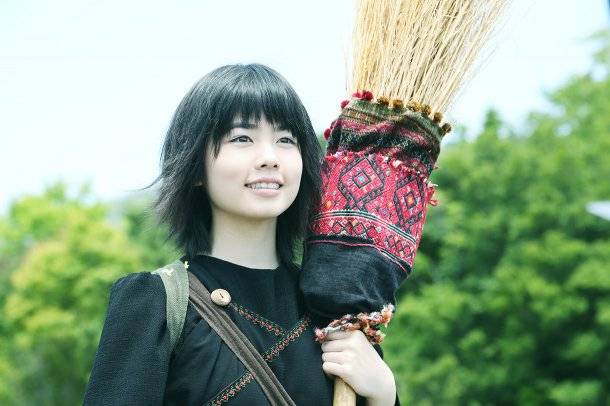 It's been revealed that Kuraki Mai has written the song "Wake me up" as the theme song for the live-action adaptation movie 'Majo no Takkyubin' (aka 'Kiki's Delivery Service') scheduled to open in theaters on March 1st.

'Majo no Takkyubin' is a masterpiece that Kuraki has an emotional attachment for. She wrote the song while imaging the movie. The last time she provided a theme song for a movie was "PUZZLE" for 'Meitantei Conan Shikkoku no Tsuisekisha' about 5 years ago.

"Wake me up" is a song with a sense of speed, and lyrics that hold a message of kindness and hope. A portion of it can be heard in the trailer for the movie.

The movie's protagonist Kiki will be played by rookie actress Koshiba Fuka. It will be directed by Shimizu Takashi and written by Okudera Satoko ('Ookami Kodomo no Ame to Yuki'). In addition, Osono will be played by Ono Machiko, Tonbo by Hirota Ryohei, Kiki's mother Kokiri by Miyazawa Rie, and father Okino by Tsutsui Michitaka.

Twice Wows While Continuing to Perfect Their Elegant/Mature Concept in New Release "Kura Kura"
1 day ago   0   2,644