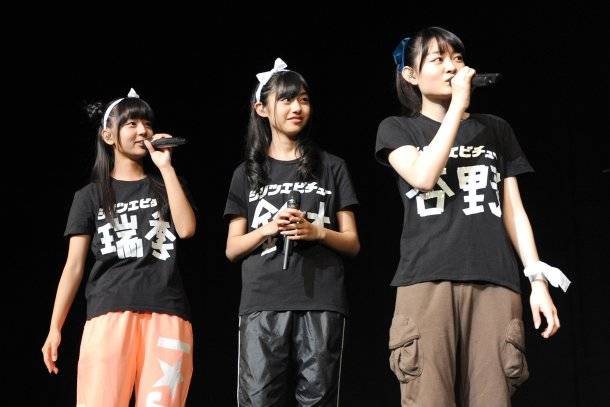 Shiritsu Ebisu Chuugaku has announced that members Mizuki, Ano Natsu, and Suzuki Hirono will be withdrawing from the group. They will 'transfer schools' after their Nippon Budokan concert (currently untitled) on April 15th.

The girls decided to withdraw from the group after having many talks with their parents and staff. They will their education at an , as well as aim for their long-time goal of becoming actresses. Among the three, Ano will be in order to study English.

Ebichu's 'principal' and manager Fujii commented on the group's future activities, "They will not break up. They will their activities."

Shiritsu Ebisu Chuugaku formed in August of 2009. After several 'transfers out' and 'transfers in', the group has been active as a 9-member group since the end of 2011.