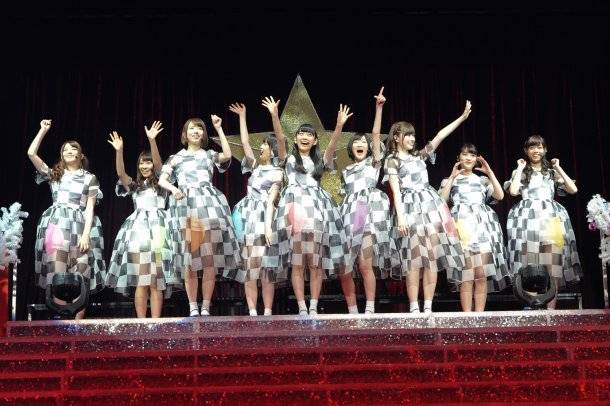 It's been announced that Nogizaka46 will hold an independent live on February 22 at Yokohama Arena.

This was a surprise announcement made on December 20 during the group's live 'Nogizaka46 Merry X'mas Show 2013' at Nippon Budokan. Nogizaka46 made their CD debut on February 22, 2012, and earlier this year, they held their 1st year anniversary live at Makuhari Messe Event Hall.

During their 2nd year anniversary live, Nogizaka46 plan to perform all songs that they've released thus far. Member Ikoma Rina said, "I'm sure there are people who work on February 22, but please keep that day open!"