'Saikou no Rikon' to return with a special drama in Feburary 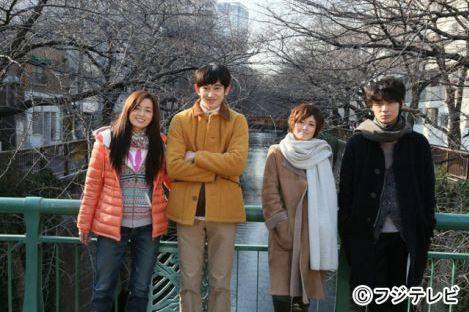 'Saikou no Rikon' was a love comedy that revolved around two married couples living alongside the Meguro River. Eita played the role of protagonist 'Hamasaki Mitsuo', a businessman who works for a vending machine installation company. Ono Machiko played his wife 'Yuka', Maki Yoko played his ex-girlfriend 'Akari', and Ayano Go played her husband 'Ryo'.

The series gained attention for the lines written by scriptwriter Sakamoto Yuji, the cast's enthusiastic performance, and the ending featuring the cast dancing to Kuwata Keisuke's "Yin Yang". It even received several awards after the broadcast had ended.

Eita commented, "The real thrill of this drama is 'things you can't foresee will happen'. Also, things that aren't supposed to happen between husband and wife happens. At that time, how do the characters respond? What do they decide to do? Please look forward to the unique wordplay and dialogue of Sakamoto's world."