Studio Ghibli's next film to be 'When Marnie was There' 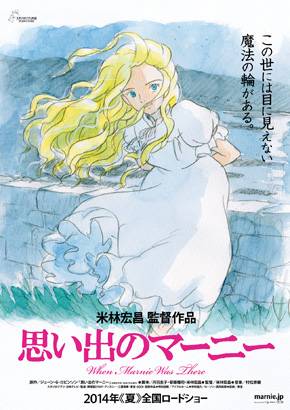 It was announced that Studio Ghibli's next film will be "Omoide no Marnie ('When Marinie was There').

It is based on Joan G. Robinson's children's novel of the same name that tells a story of a lonely foster child Anna who is sent to a seaside village in Norfolk for the summer, encounters a mysterious girl called 'Marnie.'

Though the original story is set in England, this anime film adaptation will be set in Japan.

Yonebayashi Hiromasa who made his directing debut with "Karigurashi no Arrietty ('The Borrower Arrietty' or 'The Secret World of Arrietty')", is in charge of the direction, and together with Yonebayashi, Niwa Keiko and Ando Masashi will co-write the script.