SUPER?GiRLS leader Yasaka Saori announces her graduation from the group 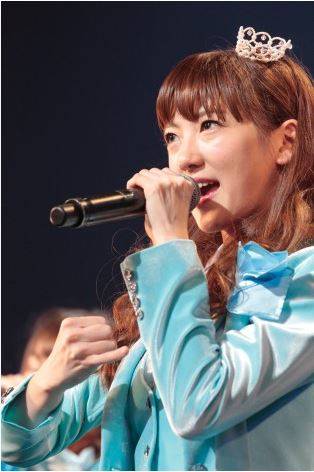 In front of 2,200 fans, Yasaka declared, "I, Yasaka Saori, will graduate from SUPER?GiRLS after our concert at Pacifico on February 23rd!" She continued, "I apologize for the sudden announcement, but as before, I will continue to charge with full force toward my dream, so please support the Yasaka Saori who will take a step forward on a new path."

Yasaka shared that she will pursue her dream of becoming a musical actress, "I thought that the only way I could repay everyone, who have always supported my dream, was to go after my dream with all that I've got."

Aside Yasaka's graduation, it was also announced that Asakawa Nana (14) and Uchimura Risa (13) from avex's idol project 'iDOL Street' will be joining SUPER?GiRLS. They will become official members of the group after Yasaka's graduation.