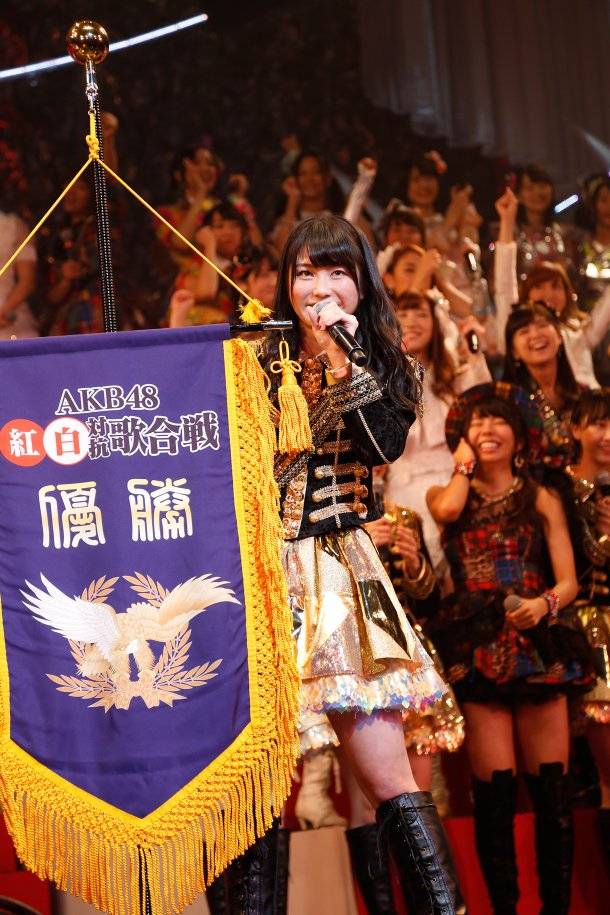 For the opening, WORLD ORDER made an appearance, and they danced to AKB48's "UZA" as the exhibition performance.

The event showed many rare collaborations, such as staff member Kitagawa Kenji and Kojima Haruna's performance of "Futari wa Dekiteru", and Watanabe Mayu's performance of Nogizaka46's song "Kimi no Na wa Kibou" with a secret guest Ikuta Erika (of Nogizaka46). Also, AKB48 group's general director Takahashi Minami collaborated with OJS48, a unit consisting of "Ojisan (old man)" who were all former police officers, and they performed OJS48's song "Shinkokyu" together.

There was also a surprise announcement that AKB48 group would hold their first live concert at the National Olympic Stadium for 2 days on March 29 and 30. The 29th will be AKB48's sole live concert, and the AKB48 whole groups will appear on the 30th's concert.

Takahashi Minami commented with teary eyes, "Honestly, we've always wanted to hold it there. I am truly happy!"

Check out photos from the AKB48 Kohaku Taiko Uta Gassen below. 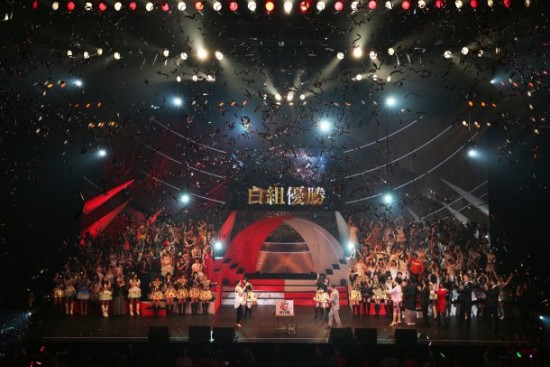 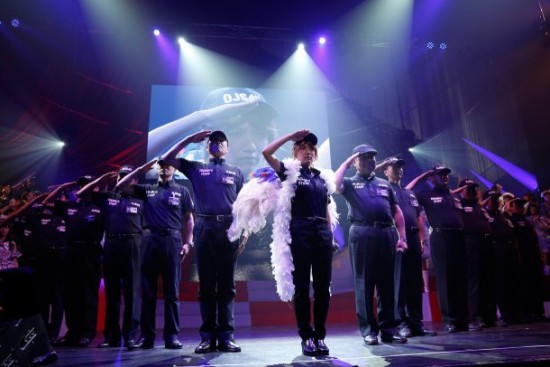 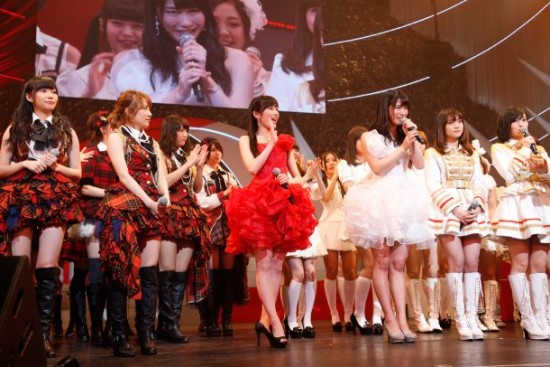 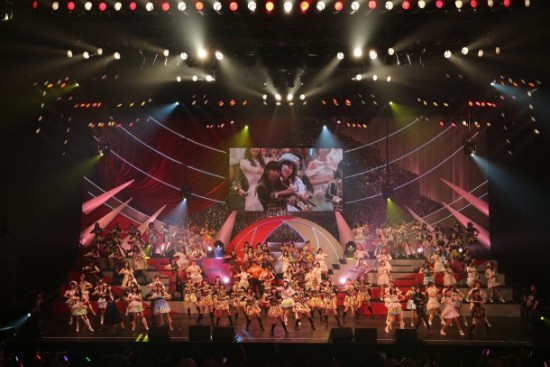 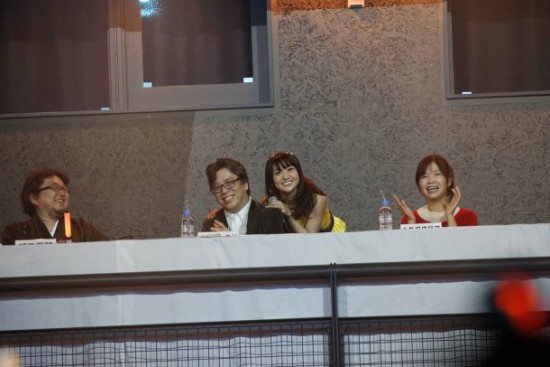 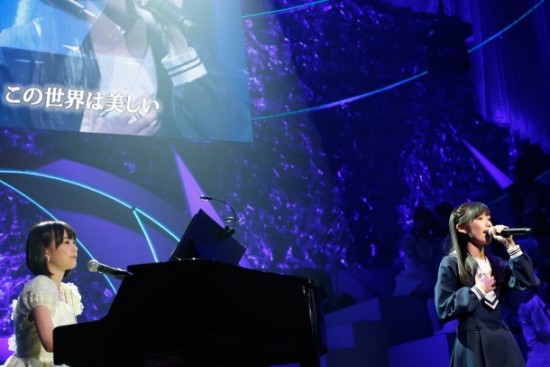 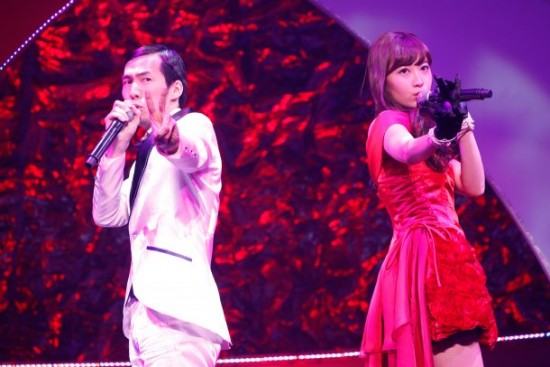 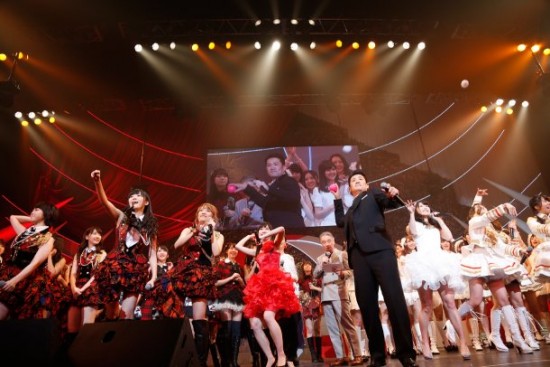 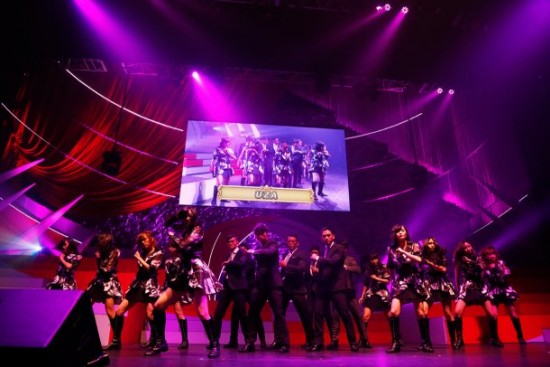