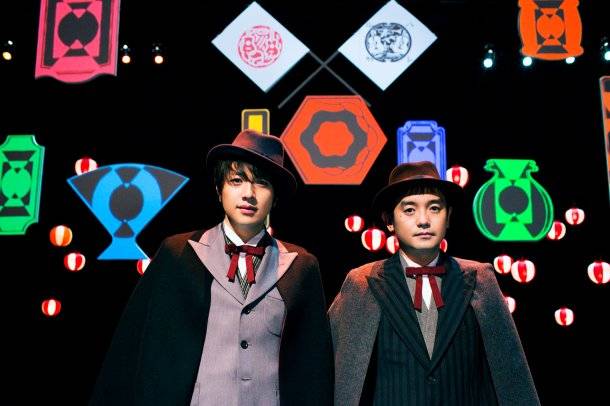 Yuzu's new song "Hidamari" will be used as the theme song for the upcoming 'Gin no Saji Silver Spoon' live-action film that's scheduled to hit theaters on March 7, 2014.

The film is based on a popular comic of the same name that has also received an anime adaptation. The story is set at an agricultural high school in Hokkaido, and it depicts the lives of the students there. It will be directed by Yoshida Keisuke, who is currently receiving attention for his movie 'Bashauma-san to Big Mouth' (currently playing) and the upcoming movie 'Mugiko-san to' (December 21). The protagonist Hachiken Yugo will be played by Nakajima Yuto (Sexy Zone), and the heroine Mikage Aki will be played by Hirose Alice.

"Hidamari" is a medium-tempo number that was written just for the movie. It was written and composed by Iwasawa Koji. He started creating the song during the summer after reading the outline of the movie. It's said to have an airy, acoustic sound that will make you think about the meadows of Hokkaido as well as lyrics that portray youth and happiness.

The release date for this song has not been determined at this time.

Sword Art Online wraps up the epic Alicization arc in the season finale to air this Saturday
9 days ago   6   1,565