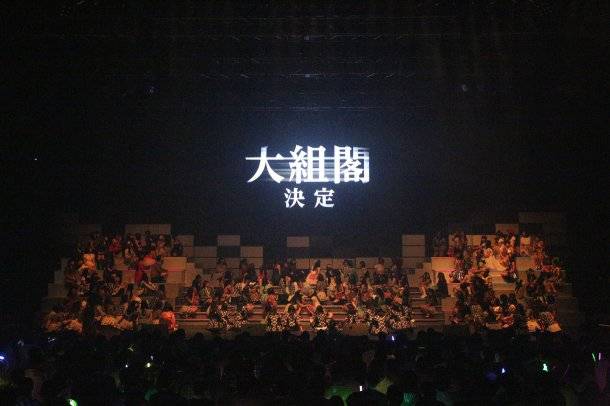 It has been announced that AKB48 groups will reshuffle for the third time since in 2012.

The team shuffle was announced during the encore at the 4th day of the "AKB48 Request Hour Set List Best 200 2014" held at the Tokyo Dome City Hall on January 26.

When there were only two songs left to the show, the words "Big Team Shuffle" suddenly appeared on the screen behind, surprising the members who had known nothing before hand. It was then announced that the shuffle will take place on February 24 at the "AKB48 Group Dai Sokaku Matsuri" at Zepp DiverCity TOKYO.

Upon hearing the news, the members who were near began hugging one another and several teared up, enveloping the concert hall with tension. At that moment, HKT48's newly appointed Team KIV captain Ota Aika said, "But I just became captain!", breaking the ice and drawing laughter from the audience. 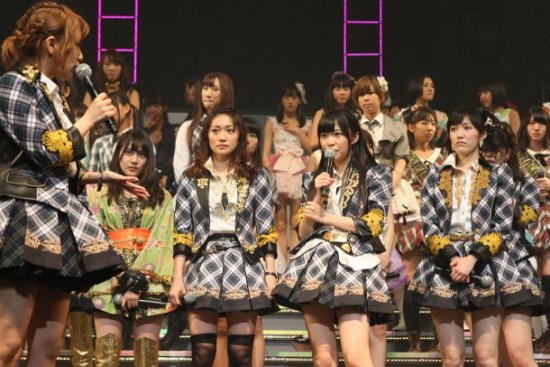 While the members on stage are still confused, AKB48 group's general director Takahashi Minami said, "We don't know what kind of team shuffle will occur but as different people go on to different teams, AKB48 will be come even bigger and better in 2014. Please look forward to February 24, Zepp DiverCity TOKYO. Thank you."

More details on the "AKB48 Group Dai Sokaku Shuffle Matsuri" will be revealed at a later date.